I cried the first time I heard the first pancake theory.  I was pregnant when a friend’s mom jokingly said “The first pancake is always spoiled.”  I can’t say for certain that the crying jag that ensued was hormonal but looking back I realize that my reaction was probably a bit overwrought.

That was well over twenty years ago and I’m happy to say my firstborn turned out just fine.  I can also now claim that I am a fan of the first pancake theory… not as it relates to children and their birth order but rather about how it relates to life.

As a recovering perfectionist, I have a hard time making decisions. I worry about making the wrong choice. A lot. From paint colors to marriage proposals, from toothpaste flavor to travel arrangements, I tend towards indecisive. And I can easily get stuck in research mode, assuring myself that I’m moving forward because I’m doing something.

Yet when I look back at all of the decisions I’ve made throughout my life, it’s evident that the times in which I easily moved forward were because I (unknowing) adopted the first pancake theory.

For instance, having lived through my parent’s ill-fated marriage, the thought of a long, unhappily ever after scared me to death.  So much so that I wasn’t sure I wanted to get married. Thus, when my boyfriend popped the question and I said yes, a protracted, quiet freak-out, quickly followed.

Then, in desperation I applied the first pancake theory even though I wasn’t aware that’s what I was doing.  While I didn’t want or plan for divorce, I did give myself permission to admit it was an option.  And that little bit of wiggle room was just what I needed to overcome my fear of marriage.  Paradoxically, giving myself permission to fail didn’t mean I would, it just meant the paralyzing fear of having to do it perfectly disappeared.  Letting go of perfect and embracing possible failure enabled me to move forward and into a 28-year and counting, mostly happy marriage.

Over the years the first pancake theory has helped me buy diapers, try golf, take singing lessons, write and publish a best selling book and travel around the world.

The writing of a book was one of the more interesting of the lot.  It started after I had a conversation with a book coach at a networking event.  When she asked if she could call me I said yes, naively assuming it was because she liked me and wanted to get coffee. (Can you say networking virgin?) Of course, what she wanted was to sell me on her program.  In that conversation she advised me of all the things that would go wrong if I didn’t hire her and managed to squelch any urge I had ever had to write a book.  Her motto was perfect or bust!  And it left me feeling inadequate and a little bit dirty.

In an attempt to shake the feeling of yuck she had cast over my dream of someday writing a book I called another book coach I had recently met.

For the record, I wasn’t even thinking about writing a book at the time… it was more of a “someday” dream.  Yet, after talking to the second book coach I enrolled in her program on the spot.  It was a program that offered me the opportunity to be published in 13 weeks. A program I never would have joined if I held myself to the standard of writing the next great American novel.  That just doesn’t happen in 13 weeks.  But I knew I could sit myself down and get a book out the door with the right support and a very tight deadline.  There was no way it would be perfect in 13 weeks and that was the wiggle room I needed to get started.  Perfect wasn’t an option but starting and finishing were.  And thus I got my first pancake published.

The same attitude moved our family around the world over the course of a year.  We never would have boarded that first flight if we had needed to cross every T dot every I before we began. So instead, we made the first pancake, noticed what worked well and what didn’t and then moved on from there.  And we did it again and again through over 30 countries.

Learning to do our best and accept failure is the equivalent of using quality ingredients, and a good stove, griddle and spatula when making pancakes. We give ourselves all the advantages we can muster and then do our best, all the while accepting failure as an option.

As a recovering perfectionist, I still have to consciously remind myself to just go ahead and make the first pancake.  Sometimes I’ve needed to feed it to the dog, sometimes it’s salvageable, sometimes it comes out perfect and sometimes it turns into something far more beautiful than I imagined when I started.  But it’s always (no hyperbole here) been worth it because even when I’ve needed to throw it away the next one is often a keeper. 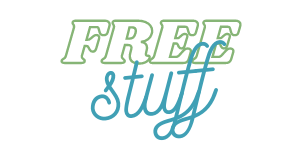 Want to write? Not sure how to get started? Join the “Where I Am From” worldwide movement! Use this simple fill-in-the-blank worksheet to write an elegant poem about your life.
DOWNLOAD THIS WORKSHEET

Sign up to have my newest blogs delivered directly to your inbox.

Ready to explore working together?